Remains to be seen if the suits in Butts-Mehre are on the same page as the football coaches, but they're at least in the same chapter. But no question things are more settled than they were before Friday's news of contract extensions and raises.

So it's a good time to talk about the open positions on the staff, most notably the offensive coordinator search and offensive line position coaching spot that's open. Weiszer runs down some names that have emerged. I would suspect more names will come up as the process of a coaching search requires many leaves to unturn and countless beat guys, ESPN personalities, bloggers, and of course random agents to help along the way. (Which by the way is something the latest Seth and Gentry Show hits on this morning in talking about how certain coaches provide links between Richt and certain prospects.)

So coaching searches are a lot like suspense dramas without anyone getting killed. Usually.

The guys being talked about the most are Kurt Roper, Tyson Helton, and Mike Bloomgren. I'd advise you to read MaconDawg's analysis of each those names as he approaches their experience from all angles. For an instant snapshot I'll simply add that Roper is looking for employment (so he'll come up on many lists), Helton is a fast rising star through the coaching ranks, and Bloomgren seems to have a style that favors a lot of Chubb. Which I really like.

But I certainly don't have a preference as yet. Actually, my preference is in the process of being verified - that we search the nation for the best possible successor to Mike Bobo. To simply hire from within is the Mark Richt we knew ten years ago. I really think that ship has sailed and a job that allows an offensive coordinator to feature Nick Chubb and groom some talented young quarterbacks should bring in many, many names.

Sure, we still may promote someone like John Lilly. But if we do it speaks to the fact that Richt was not satisfied with anyone else he interviewed, and that he's most comfortable with his long time colleague. And it might also point to current staff considerations. For instance, someone like Roper who is looking for a job might be perfectly fine keeping the offensive coaches we have, while someone making a move from a current gig may lobby to bring his own guys.

And that's where the search gets interesting. We have a long way to go, but the questions are already hanging in the fog out there. Is Richt only looking for someone that fits current personnel, both players and coaches? Or is he willing to change the scheme Bobo had all but perfected? We know even after he brought Pruitt in last January Richt still had final say so on some of the defensive assistants. Will he also make final determinations on open position coaching spots?

Because I'd love to have this guy, a current GA, on staff full time as the new offensive line coach. He would bring some nasty to those big fellas that this old Dawg would really enjoy seeing. 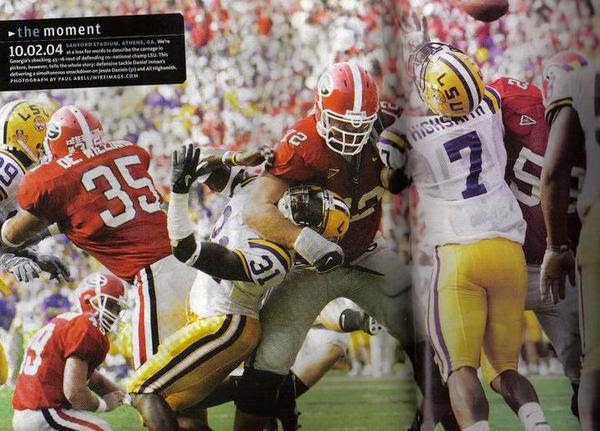