Numerous witnesses will provide testimony that portrays Hernandez in a very suspicious light. None of these witnesses will explicitly say, I know that Aaron Hernandez murdered Odin Lloyd, but plenty of them will point jurors in that direction. As many as 305 people, in fact, are listed as potential witnesses for the prosecution. Most of them won’t be called, but prosecutors believe each has information or insight that could help prove the case. The list includes names familiar to sports fans, most notably Patriots coach Bill Belichick and team owner Robert Kraft, but other witnesses are more likely to play significant roles.

There's been some debate as to whether Belichick and Kraft would be called before the Super Bowl, which isn't until Feb 1st. But Urban Meyer is available. At least he is available in between recruiting visits (which may or may not involve penitentiary visits).

In all seriousness, this is going to be an interesting case to follow. Hernandez's attorneys have already succeeded in having the victim's cell phone records ruled inadmissible. The fiancée has thus far "stood by her man" and refuses to take an immunity deal. And the effort to seat a fair and impartial jury is quite the burden.

“People who tell you they don’t know anything about this are lying,” he said, referring to the high-profile trial.
He said he wasn’t intimidated standing mere feet from Hernandez.
“He’s just another person,” he said.
A different young man with a black ponytail was released after questioning. He answered questions loudly and could be heard mentioning the Patriots — over the din of white noise being pumped into the courtroom to muffle the sidebars.

If Hernandez beats the rap in Odin Lloyd's murder, there's a few more legal battles waiting in the wind. If he's found innocent of all three murders, the weapons charges, the assault and battery charges (stemming from prison altercations), the wrongful death civil suits, and the allegedly shooting his friend in the face suit, perhaps then the University of Florida will lay his All-American brick back down. 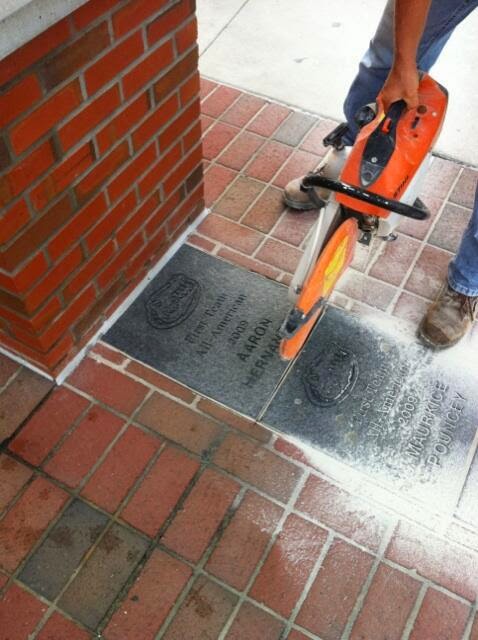