So, on Sunday night football ended again. The next step in the cycle is something we refer to as the off season, which is of course sprinkled with football related news here and there. For instance, tomorrow future college players will dominate coverage, gymnasiums, and fans' attention. Later, we hope and pray that Ray Rice can avoid elevators this year. And if not, maybe Roger Goodell will pay better attention to his incoming mail. 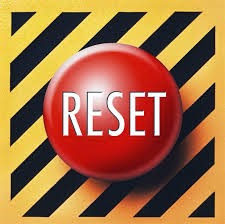 I listened to RadioLab's most recent episode on "Football" this past weekend. It throws the sport up against the history of the nation and introduces listeners to the Carlisle Indians, arguably the most successful team in football's infancy. In fact, due to Pop Warner's, ahem, innovations as coach of the Indians, we now have many rules that have helped shape the game. Such as, you can't alter a player's jersey so as to be able to hide a football inside of it. Also, a receiver can't disguise himself as a benchwarmer only to re-enter the field of play forty yards downfield as an open target and easy touchdown.

But the episode also explores more recent issues that football is facing. Most notably it discusses the health implications current and former players face. They interview one mom whose son has the size, skill, and strength to play football, but lacks the interest. It puts her in an especially unique position as football is deeply embedded in her family's history. Her dad, uncles, and many other male relatives not only played football but made a career of it in the NFL. Now she's started to see signs of dementia, depression, and memory loss in her uncle and father. On one hand, she doesn't want to expose her own son to the risk factors. On the other, she's been raised to believe that football is a way of life.

And then there's the "reset button". Studies show that more and more kids are not participating in organized sports. It seems it is just easier to not have to be confronted with the idea of losing when they can just sit at home and play the sports on a game console. If they're not performing well enough with the joystick while sitting on the sofa, they simply hit the reset button and it's like that bad performance never happened.

Life's not like that. No wonder there's so many people that can't come to grips with reality when their team loses. We're fostering a society of near-sighted, un-athletic, impulsive youth with no clue as to the value of active participation much less the honor in giving one's best to a competition. Are there enough jobs out there that have built in buttons allowing them to start fresh when their first effort wasn't good enough? Are there enough mates out there to suffer through their delusions of perfection alongside them until death do them part? Most importantly, will their progeny break through these falsehoods to right society once again?

Then again, reset buttons can be healthy. They can be necessary even. For instance, as much as I hate to see football season end, the first few weeks of the year are a reset button of sorts; a chance to put the last few months in a mind's drawer somewhere for later reference and look forward to the next season in Sanford Stadium. And some other venues. Have you hit your reset button? Are you looking forward? Or backward?

Me, I'm looking forward now. I'm pretty sure.
Hunker'd Down by Bernie at 4:53 AM