Mike Campo, renowned architect from the firm Merence Toore and Assoc., has provided more details about the soon to be UGA Indoor Practice Facility, most notably that it should come at a cost under two hundred....dollars....two hundred American dollars. 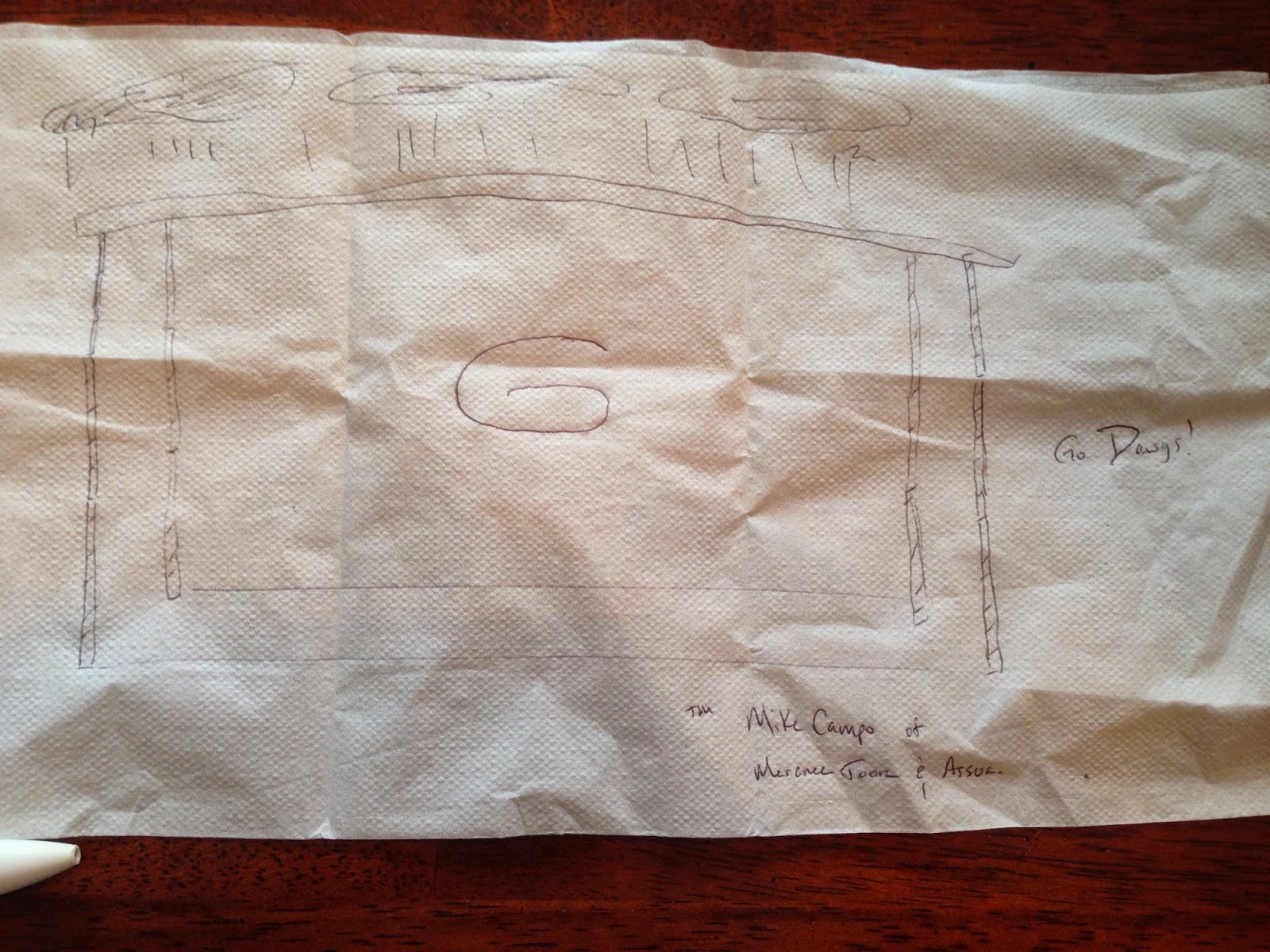 "I've worked on this non-stop since earlier this morning. I think you'll see these renderings show a functional, or at least a practical use of space. And yes, I've told Mr. McGarity that I could indeed keep the price tag under $200."

Pressed for his inspiration in this unique design...


"Well, I took my kids to McDonald's for breakfast before school this morning. Little Mikey was playing with this pile of straws instead of eating his hotcakes. When I turned to yell at the little brat for the fourth time I realized he'd built this tower that reached almost all the way to the ceiling. Boom. Genius!"

Okay...but what will the roof be made of?


"Like I said. We're still in the early stages. But Lil Lucy spilled juice all over her McMuffin wrapper. It seemed to hold pretty well against those elements. So that might give us a start."

Sounds pretty lightweight in frame. Aren't you worried about the wind?


"Yes. I've already told Coach Richt that his team might have to wear jackets on certain days. You know, due to the open air design.

Look, I've got to go. Bubba Wayne over at the trailer park has a noon appointment. He's building a new deck for Lucinda Earl!"

He hung up before I could ask if he was an Auburn grad.

Addendum: The years have not been kind to the Mike Campo phenomenon. I should've suspected this. First, once Hale left Macon his old Dawg Extra blog became harder to bookmark as it auto-redirects to the Ledger Enquirer. The old blog was where I first discovered Campo. Now, the AJC has removed the original article (and subsequent comments that include Terence Moore getting duped) from its site. So, the only remaining evidence may be from my copy and paste job in 2013, which was actually copied and pasted from my first celebration of Happy Mike Campo Day in 2010 (albeit slightly embellished).

If you're new to this April 1st tradition, I suggest you start there.
Hunker'd Down by Bernie at 8:33 AM