Isn’t it cute when a , one that absolutely doesn’t live in his mom’s basement (like a lowly blogger does) and fling poo at the walls to see what sticks, writes about something of which he knows nothing? You know, a columnist that has spent numerous words and time just asking if a certain coach should be fired and just why he might think that coach should be fired? Only to write a complimentary piece about the man who eventually did what said columnist suggested.

Let us not forget that Mr. McGarity actually spent more time talking to his ol’ buddy Mark last year than he did Mike Bobo. As a result, Bobo left his alma mater for a head coaching gig (not a big problem) feeling as though his services were not appreciated (big problem). Especially when the Athletic Director turned right around and gave Richt the money Bobo so richly deserved to one Brian Schottenheimer.

As the kids say, “YGTBFKM.” Some other facts as well as suggested conclusions as I see them. 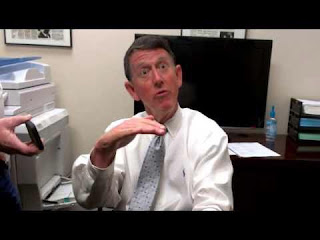 You can decide which (if any) of those ten points you believe, and then proceed with your online betting. I mention them all to illustrate that as we near the beginning of the Kirby Smart era, it appears that at a minimum there is a divide between the administration and the fanbase. And while that can be repaired, there may also be a divide between the athletic director and the power brokers. That one is a slippery slope filled with potholes and barbed wire.

As the Smart “news” was “breaking” Tuesday night, I received a text from a buddy mentioning the rumor that there’s a push to make Frank Ros (1980 captain and recently retired Coca-Cola VP) the new UGA Athletic Director. Since then I’ve read it in two other places. Doesn’t mean it’s any more true or that McGarity’s job security is actually in hot water.

What it does mean is that the guy could use a better week to follow up his worst; a week in which he has more than one friend.
Hunker'd Down by Bernie at 10:52 AM