Two QBs or not two QBs, that is the question.

You notice he said nothing about bloggers telling them who should start at quarterback. So, I'm still on the record as believing Bauta gives us everything we need this season. But also still believe Ramsey eventually takes the reins.

However, there seems to be an increased chance that we have a two-QB system, at least to start the season. Regardless of what David Pollack might think, I'm not giving Lambert much of a chance to pull ahead of the other two before the season starts. Is the window cracked for the Virginia transfer to win the job later in the season? Absolutely. But to ask him to cram the playbook in through his ears and lead the offense mere weeks after arriving on campus is a bit much in my opinion.

So that leaves us Ramsey and Bauta. If neither can pull ahead of the other, is it such a far reaching conclusion that both should play? Unless you have just recently fallen off the turnip truck, the answer is no. Richt famously played both Greene and Shockley. In 2006 Richt and Bobo used both Tereshinski and Cox as needed while Stafford acclimated to the SEC climate.

I think most fans, myself included, hoped that one player would just surpass the other. There's some comfort in that I guess. Knowing that a guy has the talent and the heart to separate himself from the rest of the depth chart is just how we've come to expect things. Perhaps Murray spoiled us all those years.

But the other side of the coin is that both guys want it and both guys have the chops to lead the team. Kolton Houston is mentioned in the Weiszer article as saying all three guys look good. Richt mentions the deep passing game is coming along, while the intermediate needs work. Since we're three weeks away, you can see the situation developing where both Richt and Schotty want to see them all in live game situations. Practice reps and even scrimmages can't replicate the intensity and the pressure that throwing the football in an actual game can. Even when the other team in Louisiana Monroe.

So the last thought would be this - would it be a two-QB situational system? Ramsey and Bauta have much different skillsets for the same position. If Ramsey is the one on target with the deep passes and Bauta settles in the intermediate game...well, I don't like where that is heading.

Let's just let them continue to fight it out. Even if we're seated in our tailgate chairs three weeks from now taking bets on who Schotty trots out first.
Hunker'd Down by Bernie at 9:32 AM

All Georgia fans love Lewis Grizzard. So of course Erk would use the greatest headline in sports history as a way of motivating his players while also throwing his old linebacker with the unique name a bone. 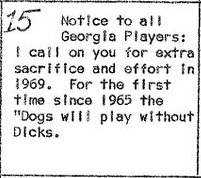 If you're unfamiliar with the background to this reference you MUST IMMEDIATELY STOP READING THIS AND WHATEVER ELSE YOU THINK YOU'RE DOING THAT'S IMPORTANT AND WORTHWHILE and click here for Catfish and Cornbread's post from several years ago. And don't slack off before the comments. Because that's when the real fun story-telling begins.

(Also, please don't let their masthead picture sway you. They stopped updating back when we were all excited about that guy coming to Athens. Really miss that blog.)
Hunker'd Down by Bernie at 8:45 AM

If you ever cheered while a Billy Bennett Kick was in the air....

...you can take a moment to realize the pain he was going through at the time, and the turmoil of putting his life back together. Kudos to Fletcher Page for pulling this story together so nicely. 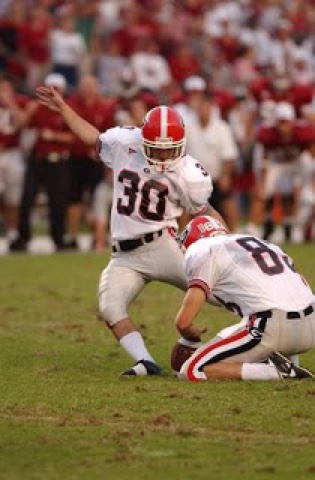 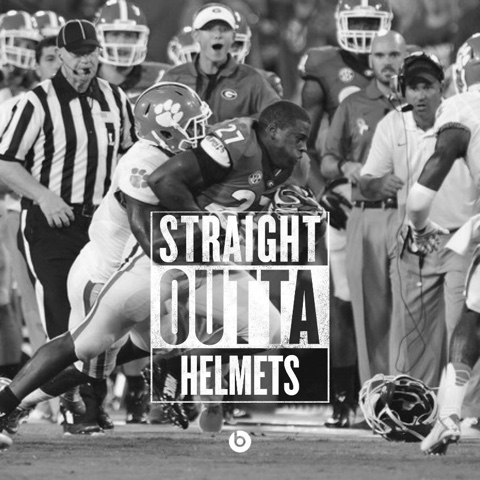