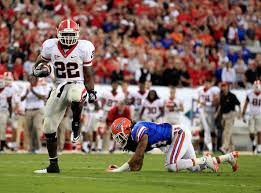 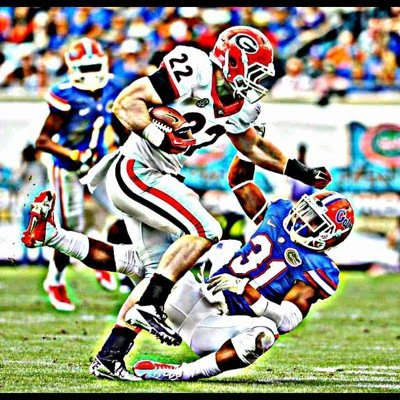 Bulldog Bytes with Weiszer and Page

Marc and Fletcher were kind enough to give me some airspace to try and keep up with Tony and Brian in another edition of their Blogger Roundtable.

Appreciate the guys having us on. I always embrace another chance to prove I have a voice meant for keyboarding.
Hunker'd Down by Bernie at 2:27 PM

"Schottenheimer went out and picked Lambert."

This dissertation by Legge is both wordy and on point. Since it's an off week at the height of the new offensive coordinator's disapproval ratings, it comes in swinging. Hard.

For me, it does two things: 1) marries Schottenheimer to Richt's hip, and 2) suggests that we shouldn't expect too much change, even given the "October spring ball" backdrop to this week.

I think Lambert can be what we need, but if that day comes in late November it's about a month too late. So the question really becomes, can Schottenheimer swallow his pride and gameplan his ass off? Can he coach up Bauta or Ramsey in time to make hay? If not, can he reinvent Lambert into an SEC quarterback?

If not, I'd just assume Richt pretend it's 2002 and tell the guys in the neon yellow caps that he's taking over and they can go ahead and burn that goddamn picture chart.

Whatever it takes to beat florida I'm fully onboard with.

Humpday Hilarity - when the meth takes hold during pregame

Even in a digital world, is paper truly dead? (h/t Mac)

When the other team scores a touchdown and you try to add seven in your head...

This is going to begin where it should - the defense.

You're going to hear (and already have most likely) a lot of "well buts" in terms of how anemic Missouri's offense is as an excuse for why the defense looked good last night. Don't know about you but I find those fans' vision extremely near-sighted. We lost to Tennessee because we couldn't tackle. We beat Missouri because we did. Very well.

And that three down stop that began inside the one yard line to start the game was as big as keys to the game get. They score there and we're likely still in bed with a pillow over our heads right now.

Some other important notes on the defense:
- Couldn't help but notice that Jonathan Ledbetter and Natrez Patrick were on the field early.
- Came into the game worried a lot about the Tigers' defensive front spending the night in our offensive backfield. But Pruitt's guys were the more aggressive unit as they racked up nine tackles for loss, including four sacks.
- 42 yards rushing allowed. That's just plain sexy right there.
- My favorite play might have been Sterling Bailey's sack. Just blew up his blocker and devoured Lock for a seven yard loss.
- The only downside to the defense last night was losing Dominick Sanders for the first half of the Florida game. I thought it looked like a bad call, but heard Richt say it was the right one. I'll see if I agree when I rewatch the television version.

The offense is going to continue to take a local, regional, and national pounding for all of the inefficiency before they play again. Schottenheimer and his squad need to have some serious soul searching as they prepare for the final stretch of games. So glad we have an off week. Because although I did find the offense hard to watch at times, I think there's still some tweaks that can make this offense into what we need it to be - ground/clock control that sets up the play action game.

Look, you can't lose a playmaker like Chubb and not have to adjust. That's going to take some time. Yes, we can't afford for it to take longer than the next game on the schedule. But unless you have a second Nick Chubb on the roster (which we don't by the way, I checked) you're going to have some growing pains.
- Especially when you don't have a quarterback that can shoulder the load.
- You're going to be able to find all kinds of really hot takes about Greyson Lambert and the Georgia quarterback play today. I'm not going to beat a dead horse. I've summarized my feelings before with the fact that this is what you get when you don't recruit the position to the level that we need.
- Greyson Lambert is the quarterback at Georgia. I've wanted to see Bauta play since last season ended, but for whatever reason, that's not going to happen. So it's really time for the offensive coordinator to earn that scratch we're paying him.
- Like any quarterback, Lambert works best when he's able to set his feet. That's not always happening in the pocket. He moved outside the pocket a lot more earlier in the season. It seems like now he's being told to step in and make a throw instead of extending the play when he can.
- We saw that last night on the interception to start the game and the almost interception towards the end. The first one was tipped, but it was still a bad throw to make there.
- We have playmakers in Malcolm Mitchell and Terry Godwin that can wreak havoc in the secondary with just a couple more seconds.
- Plus, if Lambert were to roll out just a few times it would open up some of the intermediate routes that he's forcing balls into.
- You say all that and then realize that the guy still completed 72% of his passes. Which is why I think that even though most of the fingers are pointing at the guy wearing the jersey, most of the blame lies at the guy with the playchart.
- That screen pass to the stacked receivers is cute, once. Maybe twice. How long does it take to realize that we're not able to block those guys? Lucky their defensive backs didn't jump one and house it.
- Maybe Schotty was using those quick screens to slow down their edge rushers. But we have other screen passes in the playbook. I know. I've seen them.
- Sony is everything we need in a starting running back. I'm impressed with the way he runs between the tackles and gets into space. With some extra time the next two weeks I think he'll have more space to run as the line adjusts to his style and speed and he adjusts to what he's seeing.
- And that last point is key. Chubb's vision is what makes him elite. And his vision made him patient enough to let things develop. Sony's getting to the action a lot quicker. That should be something they work on a lot before Jacksonville.
- Robert suggested the key may be to have Sony split out into the slot and Keith Marshall in the backfield. I tend to agree, but mostly as a way to avoid rushing Michel to the point of exhaustion by mid-November. #1 needs 20-30 touches a game, but 70% of them can't be runs between the tackles. He's just not built for that.
- I'm sure the offensive line is banged up after these last few games. I think they're still trying to find themselves again after what Bama was able to do. And that was a great, great defense they played last night and held mostly in check. Yes, they gave up several tackles for loss (which is something we talked about leading up to the game). But only two sacks allowed is impressive against that front.

Special teams were good. No touchbacks unfortunately. But the angles and assignments on the coverage were maybe the best this season, as evidenced by Missouri's fumbled punt and that last kickoff.
- Great call putting Mitchell in as a gunner. He and Michel are our most dynamic players. He's a senior and is really leading by example on offense for a young receiving corps. Letting him do the same on special teams was something I was happy to see.
- So we know if a game later in the season comes down to a field goal, set Morgan up (if possible) in the middle where he's money. That left hash must be where I tee off every time Mrs. Bernie lets me play golf.
- Barber's punts won't stand out on the stat line, but he had three inside the 20. In a game that relies so heavily on field position, that was so important.
- Godwin looks as comfortable returning punts as Steve Spurrier does quitting on his team. Easy, smooth, and as fast as a lightning strike!

Whew. That was a lot. I know I've missed some things. We'll hit on them later in the week. I could use a nap. Go Dawgs!
Hunker'd Down by Bernie at 1:44 PM