the Friday Misery drops the dime on Nickels State

Look, it’s been a busy work week and I kind of slacked off on Labor Day and then I had to cut the grass and feed the dog not to mention that it’s just Nickels St. this week and also I've been following this Taylor Swift ex BF stuff and then the iPhone 7 launch is coming now so why even right? 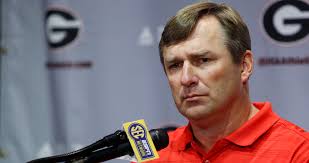 **You should resist the urge to correct me on any spelling errors you think I have made. I checked numerous sources of both the Wiki and Merriam's Webster variety, and it’s spelled Thibodaux, not Thibadeaux. You’re welcome.**

It’s nickel night at Bernie’s Dawg Blawg!
I don’t know anything about Nickels State. My lovely wife asked the other day and I recall thinking to myself, “Self, I know I’ve heard of this school before and we may have even frosted their cupcake in a previous year’s schedule. But for the life of me…”

“Louisiana Bernie. Thibodaux LA is where Nicholls State is.”

Hmmph. Okay. That’s a long way from Wisconsin which is where my mind was drifting off to. I was then very, very intrigued.

Jump started by this basic fact I employed my internet research team with the task of finding out more general information on Nickels State as well as a half-assed scouting report of their actual tackle footballing team. What I got back from them was as startling as it was informative.

Anyway, if you have additional factoids that my crackpot staff missed, please add them below in the form of comments. Especially if you are a Nickels State grad, we’d love to hear more about the popcorn in Thibodaux. Also, why not Thibadeaux? Or even Tibbado?

Saturday afternoon’s alright for fighting, get a little action in.
After tomorrow of course it’s two road games. I may not know jack squat about the Colonels but I do know they’re our tune up game sandwiched between a difficult opener and conference road play. We need to answer some questions and Chubb needs to run for 222 while wrapped in Grandma’s quilts. All of Grandma’s quilts.

Seriously, the coaches need some answers and they’ll be using film from this game to help make important decisions before boarding the plane for ColaWest. Who can give us some pass rush besides Zo? Can Eason pick apart FCS talent using all of the field between the boundaries? How dominant can the 1-2 punch of Herrien and Holyfield be? Can we disguise Kevin Butler somehow and get him on the field?

Will Sanford’s plumbing survive the first tailgate of the season?

Meanwhile, we need to do our part. Noon kickoff against a cupcake in the home opener...that’s usually enough excitement to barely get some of y’all out of bed. But remember #93Kday? Kirby challenged us and we set the bar high. You can’t go from filling the rafters for a scrimmage to showing up late for a scrimmage that actually counts.

No lolly-gagging. No casually watching whilst sitting on one’s hands. No bitching. And absolutely no moaning.


We need to match Kirbs’ energy. We need to pump these guys up! We don’t want to go through the motions when we can be the emotion! Get loud! Kirby’s come home! The team fought their ass off last week. They deserve to be lauded with 100 decibel praise and as often as we can physically manage.

Together we can achieve all things. Sure, no national pundit will care on Sunday that we beat a team from Thibodaux Louisiana. But those players will know next week just how much you cared from your seat tomorrow afternoon. They’ll remember as they get ready for Missouri and Ole Miss and Tennessee. They’ll remember, so let’s give them something to believe in.

Now, please bow your heads...Dear sweet baby Jesus, keep those concession lines short and let those Hokies finish the job that Appy State started. Amen!
Hunker'd Down by Bernie at 6:20 AM